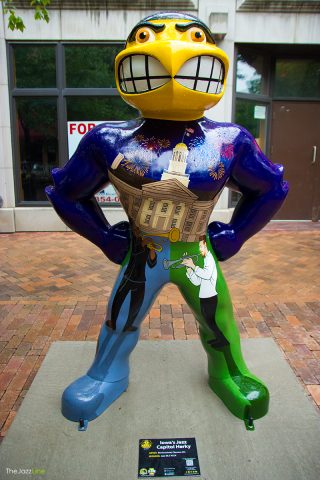 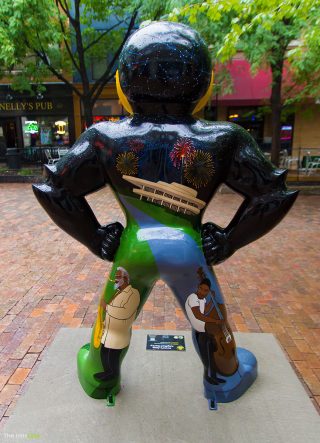 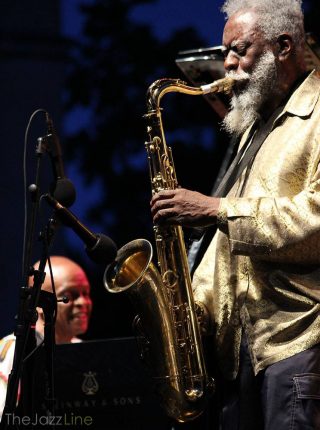 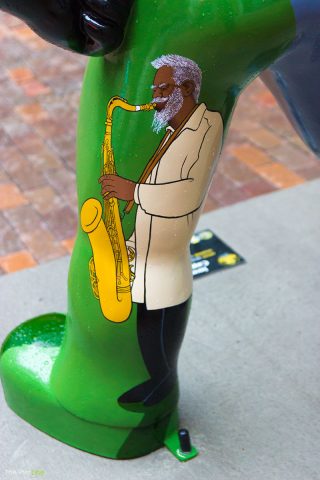 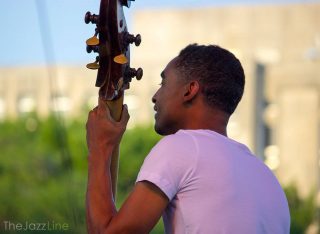 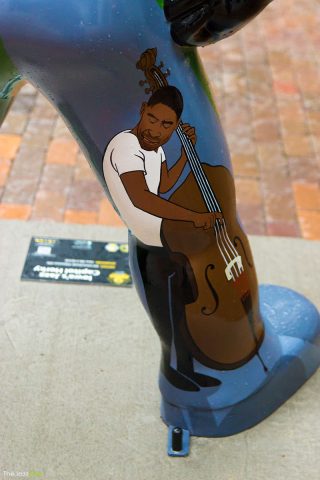 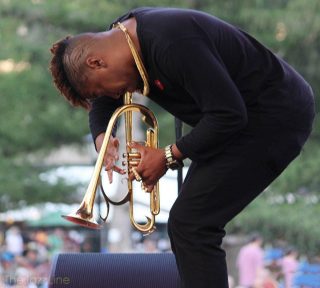 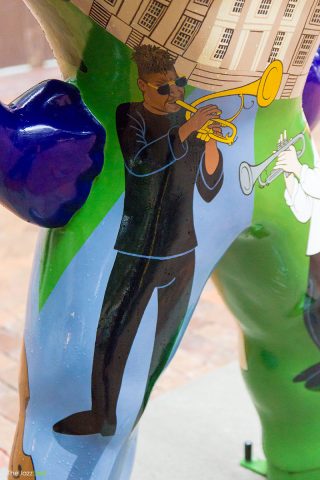 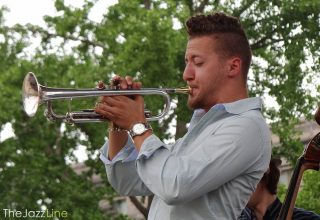 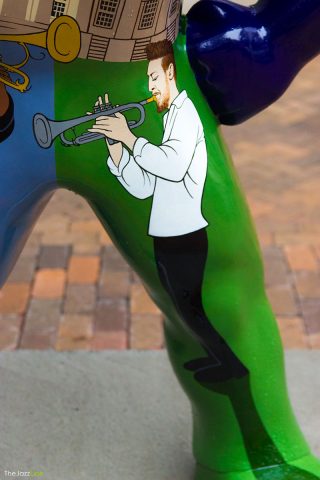 The city and its partners ordered almost a hundred plain statues of Herky, The University of Iowa’s mascot, and commissioned local schools and artists to paint them. The aim was to capture different aspects of life in Iowa City in what has now become the largest public art project the area has ever seen.

This may not seem like appropriate news for a website like The Jazz Line but our friends at KCCK, Iowa’s only jazz radio station, commissioned local artist Kit Umscheid to paint a special statue in celebration of the Iowa City Jazz Festival.

The statue, dubbed Iowa’s Jazz Capitol Herky, took over 160 hours to complete and depicts trumpeters Christian Scott and Philip Dizack alongside saxophonist Pharoah Sanders and bassist Kris Funn performing on the familiar backdrop of the Old Capitol building, where the festival is held, and the July 4th fireworks that close the festival every year.

Under cover of darkness, volunteers and students at The University of Iowa installed all 83 statues, including Jazz Capitol Herky, in less than five hours in a daring operation dubbed ‘Operation Hawk and Awe.’

The first ‘Herky on Parade’ event took place in 2004 and saw 75 statues decorated by local artists and schools spread across Iowa City and neighboring city Coralville. After the mascots are showcased, they will be auctioned off in support of the local chapters of the United Way charity.

The Iowa City Jazz Festival stands among the leading jazz events in the U.S., having been named one of the Top Ten Jazz Festivals in the country. More than 50,000 people regularly turn out to see the city play host to the likes of Randy Weston, Ambrose Akinmusire, John Scofield, Paquito D’Rivera, Joshua Redman, Joe Lovano, Dr. Lonnie Smith, and the countless other jazz masters to grace Iowa City in the festival’s 22-year history.