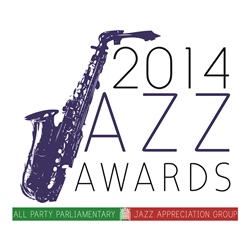 The nominees for the 2014 Parliamentary Jazz Awards have been announced.

The Sons of Kemet, Jamie Cullum, Arun Ghosh, and Soweto Kinch are just a few of the artists that stand to win at the awards, which take place at the House of Commons’ Terrace Pavilion on Tuesday, May 13.

The event, which is hosted by the All Party Parliamentary Jazz Appreciation Group (or, APPJAG) and sponsored by UK Performing Rights organization PPL, is now in its 10th year and will be hosted by veteran newsreader Moira Stuart. James Pearson and The Ronnie Scott’s All Stars are also due to perform at the ceremony.

“These shortlists demonstrate the wealth of talent and commitment that exists in the British jazz scene,” Michael Connarty MP, Co-Chair of APPJAG said in announcing the nominees.

The nominees are chosen by public vote on the UK Jazz Services website, and the winners will be selected by APPJAG’s selection panel

Jazz Vocalist of the Year

Jazz Instrumentalist of the Year

Jazz Album of the Year

Jazz Ensemble of the Year

Jazz Newcomer of the Year

Jazz Venue of the Year