John Patitucci‘s double bass has been damaged by airport security. 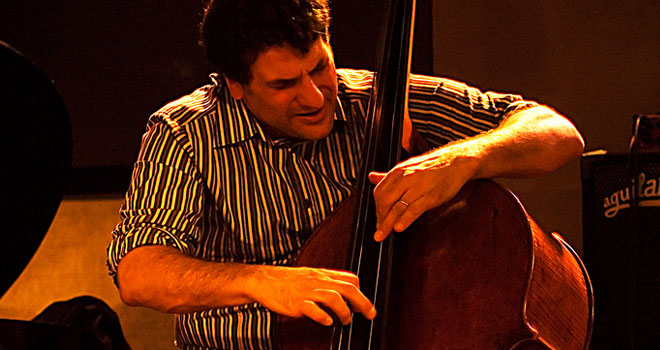 The Grammy award-winning bassist was travelling from the U.S.A. to Norway with the Wayne Shorter Quartet when his bass was selected for inspection by the Transportation Security Administration (TSA) – The federal agency that has been in charge of airport security in the U.S.A. since the tragic events of 9/11.

The TSA has been heavily criticized for their heavy-handed methods when dealing with musical instruments. Over the years, they have become known for taking extreme actions for the most trivial of reasons, such as confiscating and destroying world-renowned classical pianist Krystian Zimerman’s piano simply because the glue that held parts of the instrument together “smelled funny.”

They have been working to rebuild their trust with musicians since that incident, and usually allow the owners of sensitive equipment such as musical instruments to stand present while they inspect their property. For some reason Patitucci was not given that option, and this is the result: 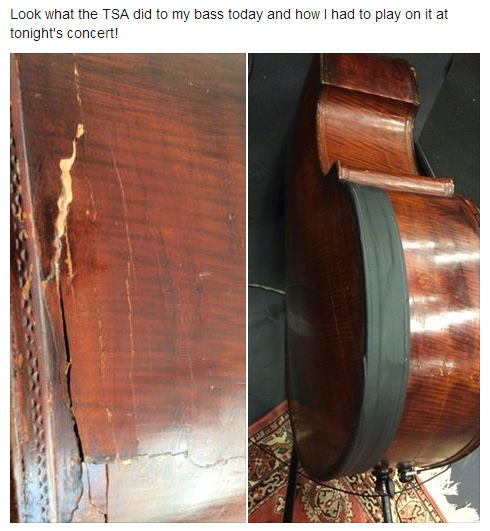 Most people would expect damage like this to be caused by the airline. However, the instrument was secure in a hard travel case made by David Gage and the case was not damaged, suggesting the instrument was removed from the case (which only the TSA have the right to do) and dropped or otherwise mishandled.

The TSA’s own guidelines state: “Owners should be present when an instrument is removed from its case for screening… We encourage you to stay with your instrument while security officers screen it to make sure it is repacked properly.” However, Patitucci has confirmed he was not allowed to stay present while they inspected his bass. The TSA also claim that “Security officers will handle musical instruments very carefully and will allow you to be as involved as possible in any physical screening.” Clearly the agents that handled this instrument failed in their duty to protect the often precious property that is placed in their care for inspection.

Patitucci used duct tape to hold the instrument together while he played the show later that night. The show must go on.

See Patitucci in action with Victor Wooten, Victor Bailey, and Steve Bailey below: