The BBC have enlisted the help of an all-star cast of musicians, including Stevie Wonder, Jools Holland, and Jamie Cullum, to promote their newly launched BBC Music initiative. 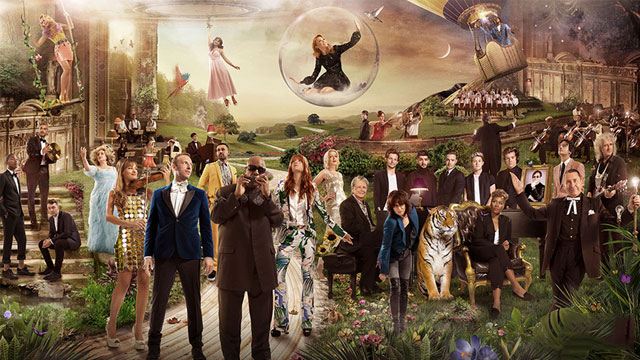 Recorded at the now defunct Alexandra Palace Theatre in London, where the BBC held their first ever television broadcast almost 78 years ago, the song will also serve as the official charity single for this year’s BBC Children In Need charity appeal.

The Beach Boys co-founder Brian Wilson shared his delight with the final recording, saying: “All of the artists did such a beautiful job I can’t thank them enough… God Only Knows is a very special song. An extremely spiritual song and one of the best I’ve ever written.”

Elton John also spoke about his own role producing and arranging the song for all the artist, saying: “I feel like I’ve taken a thousand piece puzzle and thrown them in the air. I’m standing there trying to grab them as they come down and put them into place.”

This new take on “God Only Knows” debuted almost simultaneously across the BBC’s 20 television channels and their 59 radio stations at 8pm GMT on Tuesday October 7, 2014.

In 1997, the BBC held their first ever all-star supergroup cover, enlisting the help of Elton John, Bono, Courtney Pine, Dr. John, Heather Small, Tom Jones, the BBC Symphony Orchestra and others to perform Lou Reed’s 1972 song “Perfect Day” to celebrate the taxpayer-funded network’s unique role in British television. The song was so well-liked it was released as a single, quickly hitting the top of the UK Singles Chart, and raising well over £2m for Children In Need.

This effort was partly inspired by the success of We Are The World, a 1985 charity single written and produced by Michael Jackson, Lionel Richie, Quincy Jones, and Michael Omartian, and performed by the super-group USA for Africa; which included Ray Charles, Bob Dylan, Al Jarreau, Billy Joel, Cyndi Lauper, Willie Nelson, Diana Ross, Tina Turner, and Stevie Wonder, to name just a few.

The single sold more than 20 million copies worldwide, and spurned a revival of philanthropic efforts across the entire ‘Western’ world.